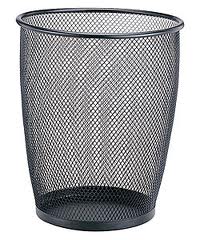 Last week I presented Hardwiring Safety: 7 Tips for Changing Culture at the Michigan Safety Conference. The Michigan Safety Conference is one of the best organized, biggest and longest running regional safety training conference—in fact, at upwards of 800 attendees  (with a large percentage of decision makers) it compares favorably with many of the international conferences at which I’ve presented. And with around 130 exhibitors it has a nice, attendee-friendly and manageable expo floor.  This year I tried a little experiment and the results of that experiment inspired me to write this article.

The experiment was simple: walk path every booth and see how many people supposedly working the booth would in any way shape or form engage with me.  Simple right? All I wanted to see is how many people would effectively do their jobs.  Like the Walmart greeters all they had to do is look me in the eye and say hello. Actually my expectation was lower than that of a Walmart greater, I would have settled for a nod.  Pretty tough to screw that up, wouldn’t you say.  So how many of these vendors passed the muster? Three, and while I make it my point not to do product review or endorsements I think they warrant mentioning. The three venders were SVS Safety  (a company that sells prescription safety glasses), Slice (a company that sells ceramic cutting tools) and FRG (an incentives company).

Years ago, I exhibited extensively; from ASSE to the National Safety Council and many points in between.  When my company exhibited at the Society of Safety Engineers EASTEC, SME sent all exhibitors a book, titled Stop Wasting Your Time Exhibiting at Tradeshows[1] The book was a God-send, and many of the tips I will share either came from that book, or were inspired from the advice given from the book.  I think it was self-published, but if you are serious about exhibiting you should check this book.

Here are my tips for people who either exhibit or attend tradeshows (I will delineate the two later in the post).

Now a couple of quick tips for attendees:

And for the exhibitors:

In two weeks I will be a speaker at ENFORM Banff 2013 and I’m sure I will face the same gauntlet of pointless stupidity at the conference. But what can I say? I’m a glutton for punishment.

[1] Or something like that.  I don’t know and I don’t feel like going through all my books to find it just to satisfy the one or two pedantic jerks who read my work and smirk because I don’t do this or that.

Click to order, I Know My Shoes are Untied, Mind Your Own Business!

Order The Book on Amazon!

La Duke in the News